BETHESDA Md. June 2 2015 – The American Society for Photogrammetry and Remote Sensing (ASPRS) proudly announces the 2015 Outstanding Technical Achievement Award to Tom Barclay for the development of the Microsoft TerraServer. Stewart Walker immediate Past President presented Barclay with a silver plaque and a monetary grant at the IGTF 2015 – ASPRS Annual Conference in Tampa Florida along with a number of other Service Conference Management and Membership awards. 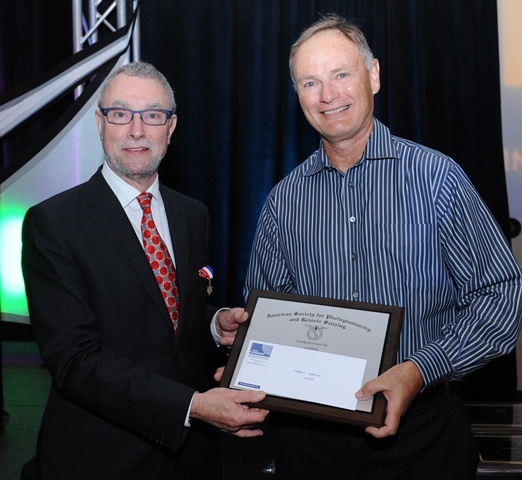 Barclay is currently partner architect and development manager of Bing Imagery Technologies and the Bing Search team at Microsoft. He has been with Microsoft Corporation since 1994 and was the lead researcher on Microsoft TerraServer.  Prior to his career at Microsoft Barclay was a software consultant with Digital Equipment Corporation from 1976 to 1994.  Barclay is interested in database design scientific computing and data mining.

The TerraServer was the precursor to today’s mapping websites that provide geospatial professionals and the general public with on-line access to traditional maps satellite aerial and street-view imagery using common browsers on personal computers and mobile devices. It evolved from research on the scalability of relational database management system which Tom conducted with the late Dr. James Gray.  The TerraServer pioneered the early work of building a massively large image database of aerial and satellite imagery that standard web browsers can access without the need for special plug-ins or other applications.

TerraServer is the first mapping service on the Internet with programmatic interfaces. At its release it was the largest data collection accessible via web services. The TerraServer project generated a significant amount of feedback to the Microsoft SQL team on how to scale databases to large datasets. SQL Server was the foundation for the Virtual Earth technology.

Additional awards presented during the ASPRS 81st Annual Conference were:

The ASPRS Outstanding Service Award was established in 1991. It is given to society members in recognition of outstanding and unusual efforts in helping ASPRS develop and carry out its program over a sustained period. Recipients have performed outstanding service at the chapter regional or national level. Awardees’ services include any activities including professional that have helped the society achieve its goals and objectives.

Jim Crabtree for his many years of dedicated work on the ASPRS Evaluation for Certification Committee.

John Faundeen for his leadership as Chair of the Data Preservation and Archiving Committee. He has been a leader in both the US and the international community regarding preservation of remotely sensed data and making those data available to user communities around the world.

John Iiames for his work over the last 6 years as the Book Review Editor of PE&RS obtaining appropriate books and selecting and editing reviews.

The Ford Bartlett Membership Award is given to members who sponsor ten or more new ASPRS Members in one calendar year.

Congratulations to all of the awardees and scholarship winners! Photos of awards and scholarship winners may be downloaded free of charge until August 15 2015 here: http://nationaleventpix.com/igtf. These files are available for personal use only if you are using the photos for public use please give photo credits to “Lori Ballard Christie’s Photographic Solutions“. 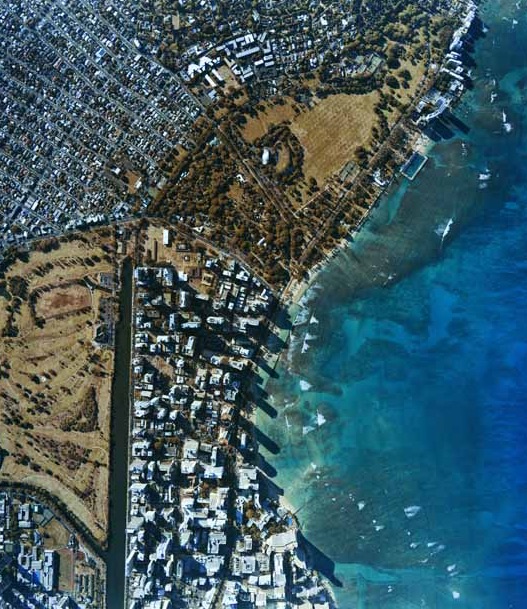